Heyo! This is Erin and I’m an AmeriCorps member serving in Great Smoky Mountains National Park. I started interning in the park back in September of 2017, but soon found myself unable to leave. Now, I’m reaching almost two years inside the park, and I couldn’t be any happier. I fell in love with the Smokies the moment I hiked to the peak of a mountain and looked out on the beautiful landscape below.

There are so many reasons why I enjoy living in the mountains. The vistas all across the park are spectacular, the cultural history dates back thousands of years, and most importantly, the biodiversity – there are over 19,000 species of living things here in the park, whether animal, plant, fungus, etc.

Did you know Great Smoky Mountains National Park is the salamander capital of the world? The park has the highest concentration of salamanders with over 30 species calling the Smokies home. In fact, they are so numerous that it is estimated the combined weight of every salamander in the park is greater than the total weight of our black bear population (which is over 1,600 bears)!

Out of the many species of salamanders, the Southern Appalachian salamander (Plethodon teyahalee) is in the slimy salamander family and is definitely one of my favorites. While they are considered amphibians, they actually don’t have an aquatic larval stage like many others. One of the coolest facts about this species is that it produces a slimy, glue-like secretion when it feels threatened. How awesome is that?!

We have over 800 miles of trails here in the park and it is very common to see me hiking with my camera. One day, I came across my favorite find on a hike so far: none other than the Southern Appalachian salamander (as seen in the picture below). This little guy was crawling across the trail and stopped right in front of me just asking for a picture. Who was I to deny?

I was very lucky there was a culvert to the side, so I was able to get down to its level to take a few shots. And what a number of shots I took. I spent almost an hour going through them all to pick the best one. Hands down it is the best picture I have ever taken, and definitely my favorite. I’m still hiking most weekends and finding so many cool things that I have never seen before. So if you’ve never been to the park, I would definitely recommend coming to see what you can find! 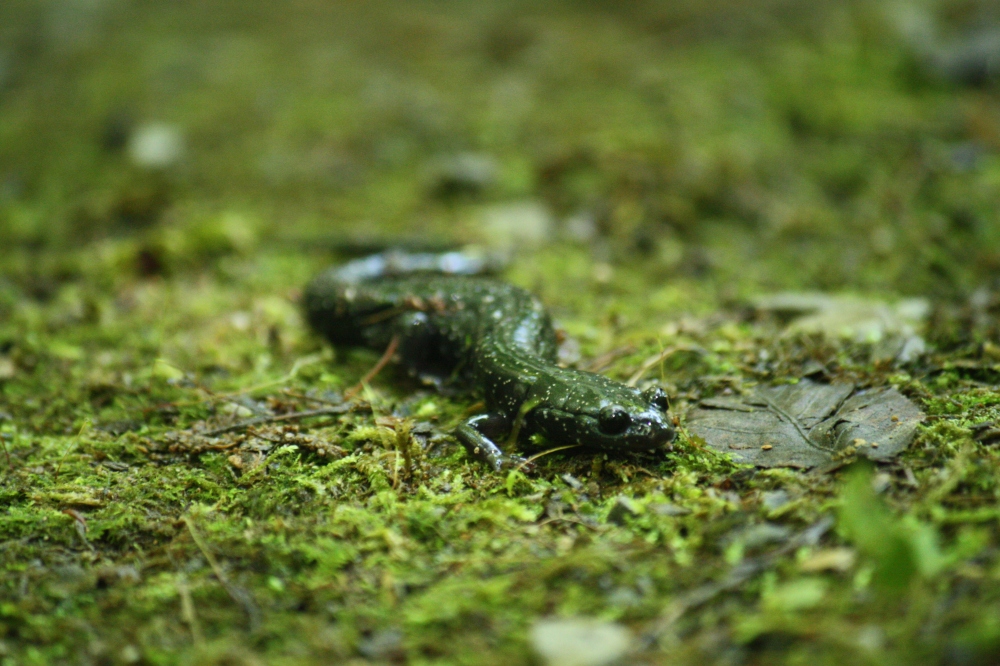 “In every walk with Nature, one receives far more than he seeks.” ~ John Muir